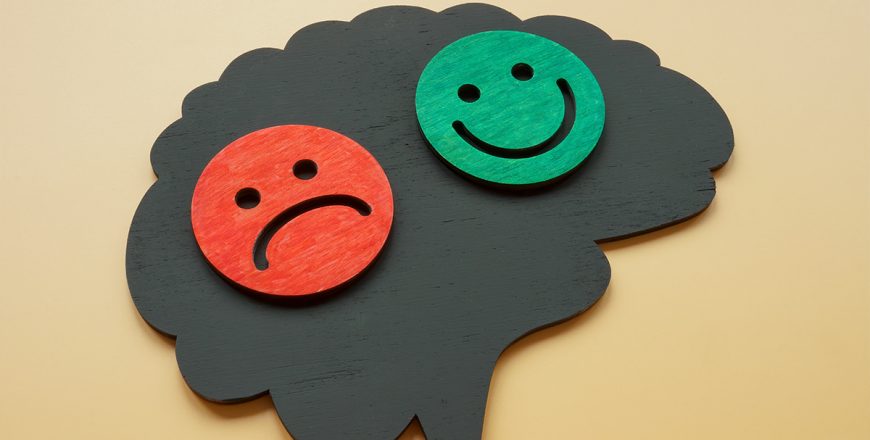 How Does Bipolar Disorder Affect the Brain?

Family and friends say you’ve always been moody, but lately, you’ve noticed changes in your energy levels, and there have been moments when you can’t think coherently. Depending on how often this happens, you could be suffering from a mental health illness called bipolar disorder – and it may affect your brain.

What is Bipolar Disorder?

Bipolar disorder is a mental illness resulting in dramatic shifts in your mood, energy, and capacity to think clearly. It’s a condition that features high and low moods (mania and depression), which vary from regular ups and downs you might have.

It usually starts around the age of 25 but can also happen in teens and even in childhood. Men and women are equally affected, with about 2.8% of the U.S. diagnosed with bipolar disorder and almost 83% of those considered severe cases.

Symptoms of bipolar are both manic and depressive, characterized by:

Bipolar Disorder and the Brain

Bipolar disorder can affect the following areas of the brain:

Bipolar disorder may also be driven by chemical imbalances, which influence your moods, help cells transmit messages back and forth, and regulate heart rate. The driving force behind all this activity are neurotransmitters, and it’s believed that three may play a role in how bipolar disorder develops in certain people: noradrenaline, serotonin, and dopamine. All three glutamates are unique, inducing mental and physical responses and functioning as neurotransmitters and hormones.

Diagnosing bipolar disorder relies on a medical examination. Your healthcare provider or clinician will: