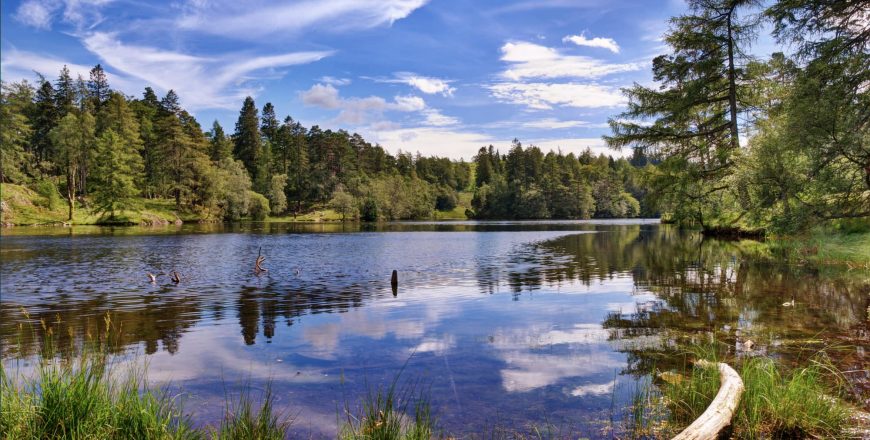 Is ketamine an effective treatment for people suffering from debilitating depression? Here’s what you need to know…

Nicole Bayman had battled depression unsuccessfully for nearly her whole life, trying dozens of antidepressants, attending therapy, and even receiving in-patient treatment in a hospital.  About six months ago, she learned from her therapist about ketamine, a prescription medication that’s approved for use in hospitals and other medical settings as an anesthetic and is now gaining widespread attention as a treatment for depression. Soon after she began receiving regular infusions of ketamine, Bayman says, the depression began to lift.

“I feel like a different person,” says Bayman, an attorney who lives in Princeton, New Jersey. “It’s as if there were a veil over me and the veil was lifted. Before I started to receive ketamine, I could barely get out of bed. Now I can walk my walk and re-engage in life.”

Bayman is not the only individual suffering from depression whose symptoms improved dramatically while on ketamine. Although it’s been abused in the past as a “recreational drug” because of its hallucinogenic and tranquilizing effects (known on the street as “Special K”), today ketamine is drawing a lot of positive attention because it is being used “off-label” to treat treatment-resistant depression—and patients are happy with the results. (When a drug is “off label,” it’s being used to treat a condition in a way that has not been approved by the US Food and Drug Administration.)

Steven Levine, MD, runs Actify Neuropathies, which has nine locations and has treated more than 3,000 patients with ketamine since it opened in 2011. Worldwide, he says, 10-15,000 patients have been treated with ketamine. Dr. Levine says that ketamine is an excellent medication to use for depression.  But why would someone ultimately turn to ketamine when there are other, FDA-approved, antidepressants available?

“We have a crisis going on today and the traditional medications for depression aren’t very effective,” Dr. Levine says. “While ketamine is not FDA-approved for depression, 70% of the medications prescribed today are ‘off label’ for at least one use.” Commonly-prescribed antidepressants are also rarely fast-acting—taking weeks or months before a patient experiences any relief from the debilitating symptoms of depression. They can also cause nausea, drowsiness or insomnia and constipation. Additionally, weight gain—which is  associated with commonly-prescribed anti-depressants—is NOT a side effect of ketamine,” Dr. Levine says adding that its fast-acting nature may be the most  important feature of the medication.

All too often, Dr. Levine says, the traditional medications prescribed for depression are either not fast-acting enough or effective enough. “Ketamine is an effective alternative for some patients,” he says. “It works differently from an SSRI such as Lexapro or Zoloft. It’s a totally different mechanism.”

The classical “shorthand” explanation for how SSRIs work is the “chemical imbalance” theory, Dr. Levine explains. “There is a deficit of serotonin, and SSRIs increase serotonin levels,” he says.  “That was never really true. Depression is linked to the build up of proteins in the brain—ketamine can repair damage to the brain that are the result of long-term stress hormones. The body’s response to stress spills cortisol and other hormones in the brain and they damage it in the process.” Ketamine, Dr. Levine says, “is thought to have much more rapid effects on increasing brain plasticity.”

Molly Shea, 29, a veterinary technician, first learned about ketamine from a co-worker. Molly had been struggling with depression since seventh grade when she was relentlessly bullied at school. She had been counseled by numerous therapists and psychiatrists, tried a variety of traditional antidepressants and been in and out of in-patient and intensive treatment facilities over the years. Molly had developed panic attacks and gone through periods of  suicidal thoughts and self harming. “I was at the point of considering ECT (electroconvulsive therapy—a form of neuro stimulation involving electrical impulses) because nothing was helping me and we were running out of options.” When she asked her psychiatrist about ketamine, he put her in touch with Dr. Levine who started Molly’s treatments in August.  “I am feeling the best I have felt since all my depression began. I’m coping with life much better than I was,” Shea says.

What Does a Ketamine Treatment Consist of?

Rather than being a first-line treatment, Dr. Levine says, ketamine is given when other antidepressants don’t work. It’s administered by an IV infusion in the arm, and typically the effects last for anywhere from days to weeks.  “Generally, it’s administered in a tapering sequence in which patients receive three infusions the first week, two in the second week, once weekly for the next three weeks, and then moving to maintenance of on average once per month,” Dr. Levine says.

Ketamine has also been used in cases of bipolar disorder, but it is not indicated for patients with active psychosis, mania, or unstable cardiovascular disease, Dr. Levine says. Nor is it indicated in children, he adds.

In addition to depression, ketamine may ease the post-traumatic stress disorder (PTSD) that many veterans experience. PTSD, a mental health problem that people can develop after experiencing some type of trauma, such as combat, can be treated effectively with ketamine, says Aimee Cabo Nikolov, BSN, who with her husband, Boris, runs the Ketamine Medical Clinic, a division of the Neurosciences Medical Clinic, in Miami.  “Some researchers have called ketamine the most important discovery in half a century,” Nikolov says, adding that about 35% of the patients in their clinic are military veterans seeking treatment for PTSD. “For many veterans suffering from PTSD, ketamine is providing hope after other kinds of treatment didn’t give them the results they needed,” Nikolov says.

At the Ketamine Medical Clinic, where around 105 patients have been treated with ketamine, between 75 and 80% felt better on the treatment as compared to more traditional medications for depression. “That rate is around 35 to 40%,” Nikolov says.

Is Ketamine Safe for Everyone?

Some mental health experts advise caution where ketamine is concerned. “Although it can be an effective treatment for rapidly reducing symptoms of depression, we don’t yet know enough about its potential negative consequences, especially from long-term use, for me to recommend it as an option for most patients,” says Bryan Bruno, MD, a psychiatrist at Lenox Hill Hospital in New York City.

The main drawbacks, he says, are that the beneficial effects of the drug wear off after 7 to 10 days, so most patients have to get infusions on a regular basis. “Some research studies have demonstrated that it can be toxic to brain cells and cause bladder damage, especially at higher doses,” Dr. Bruno says. “It can also cause psychotic-like symptoms during the treatment.”

Still, Dr. Bruno says, ketamine can help some individuals with depression. “It can be beneficial, especially to those who require immediate improvement who have failed conventional FDA-approved treatments,” Dr. Bruno says.

The side effects of ketamine may include dissociative changes that are nearly always mild and transient, if they occur, as well as temporary elevation of heart rate and blood pressure often occur. These effects are usually well tolerated and usually don’t result in the discontinuation of treatment.1

“During the infusion you can feel floaty or disconnected, but that typically lasts only about 45 minutes. Some people also feel a little bit of nausea” Dr. Levine says. “For those who benefit from ketamine the response tends to feel different than the emotional smoothing of SSRIs. People often describe a clarity of thinking, lifting of the weight of depression and an increased functional capacity which can take effect within the first few hours following treatment.”

Nicole Bayman has had no lasting side effects, although she says that when getting the infusion, “It is almost like a high but it can be very intense.”

Molly Shea, 29 feels as if she is in a twilight sleep when she is getting the infusion of ketamine.  She gets an infusion every three weeks, and the entire treatment takes about 90 minutes. During the procedure, she experiences drowsiness, but it’s not intolerable. “It’s like a twilight sleep and I know where I am and can hear during the whole time,” she says. “I can open my eyes and see, too, but I generally don’t want to because of the colors and ideas and things that are unfolding. I feel like I am thinking from a different part of my brain while I’m getting the treatment.”

As for the potential to become addicted to ketamine, once used as a “party drug,” Dr. Levine says it’s just not there. “Studies show that in the very low doses we use, in a medical setting, with lack of access at home and infrequent dosing, there is virtually no potential for addiction or abuse,” he says adding one caveat: “Benzodiazepines [Valium, Xanax, Adivan]  may blunt the antidepressant effect of ketamine.”

The High Cost of Ketamine

Unfortunately ketamine is not usually covered by insurance—at Dr. Levine’s office, it costs $300 to $450 per treatment. Molly Shea doesn’t know how long she will be able to stay on ketamine as her treatments aren’t covered by her insurance. But Dr. Levine says the insurance issue may be improving soon.  “I’m really starting to see encouraging changes. Insurance companies are reaching out and covering treatment or considering covering it,” he says.

In the meantime, some patients are willing to bear the cost. Nicole Bayman, who is getting ready to go back to work, has no plans to stop taking ketamine. “It has been so incredible,” she says. “I feel like I have my life back.”

Sadly, suicide is a major public health concern and a leading cause of death in the United States. According to the Centers for Disease Control and Prevention (CDC) there were more than twice as many suicides (44,965) in the US as there were homicides (19,362) in 2016, the most recent year data is available. Also in 2016, suicide was the 10th leading cause of death overall in the US. More people die by suicide than breast cancer annually. Clearly, more help is needed to address what many experts consider a national crisis. Dr. Levine believes the increase in suicides speaks to our limitations as a field and a society with identifying who is most at risk and having effective strategies to address it.

“Of the more than 3,000 patients we’ve treated with ketamine, I feel confident saying that the treatment likely spared  hundreds of lives,” Dr. Levine says. “That’s the kind of significant and immediate impact ketamine can have.”